Home Of The Astros 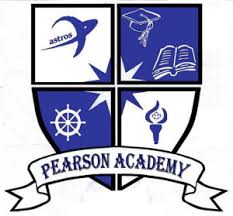 Lester Pearson Memorial High (LPMH) pooled all Grades 8-11 students from Valleyfield to Newtown under one roof when its doors first opened in September 1972. It was named to honour Canada’s Nobel Peace Prize winning Prime Minister after his death in December 1973.

In the 1990’s students travelled from Greenspond and as 2010 approached Lumsden senior high students arrived. In January 2010 after a physical extension and renovation, the institutional name was changed to Pearson Academy, to reflect the age range of students as it shifted to include all students from Kindergarten thru Grade 12(Level 3). The largest enrolment recorded was in 1993 with nearly 400 students (8-12) and current (2018) population stands at 270 students.

The school was the first physical example of amalgamation within the current municipality of New-Wes-Valley. The school has a proud history of academic and extra curricular success, with a very supportive local scholarship/merit program.

Many students have received regional and provincial academic rewards, just as Pearson Astro teams have received regional and provincial recognitions in diverse athletic disciplines, technological, musical and theatrical pursuits. Many alumni have returned home to contribute to the local business and political sphere, while Pearson roots can also be found flourishing around the globe.